Buffer Tank are tanks that are specially designed and manufactured to increase the total water volume in the circuit for smooth and efficient operation of the comfort or industrial purpose cooling system.

In all chilled water applications where the system water volume needs to be increased; In order to prevent temperature stratification and to provide a homogeneous heat distribution, there are a number of partition plates suitable for the tank volume. In this way, the air in the water can be easily separated and thrown out from the top of the tank.

The Buffer tank is recommended to be placed before the chiller in typical comfort applications where the function of preventing the compressor from over-switching is more important. If the tank is used in an industrial cooling system, it would be more beneficial to place the tank after the group and before the system, since the main purpose here is to control the flow water temperature more precisely.

In order for a comfort or industrial cooling system to operate properly and efficiently, the total water volume in the circuit must be above a certain amount. This amount is determined depending on the capacity and the desired control accuracy. If the total water volume of the system is below this amount, the thermal capacity should be increased by adding a buffer tank to the circuit.

In applications where the total cooling load varies, it may be possible to prevent fluctuations in average water temperature to some extent by controlling the cooling capacity. This control is generally provided by changing the group capacity proportionally or gradually according to the instantaneous load, or by switching the compressor on/off as needed.

Proportional or incremental control is only possible for groups with certain characteristics and its benefits are limited. The study number of the compressor cannot exceed several times per hour due to technical limitations.

On the other hand, the total volume of water circulating in the system also determines the thermal capacity of the system. The higher the amount of water, the more heat energy it can contain, the less the effect of load changes on the average temperature level in the system. Depending on the size of this thermal capacity, the need to momentarily control the chiller capacity to prevent fluctuation of water inlet/outlet temperature to the evaporator is also reduced. 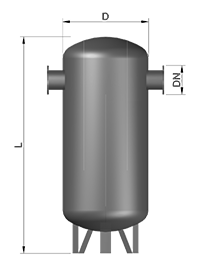 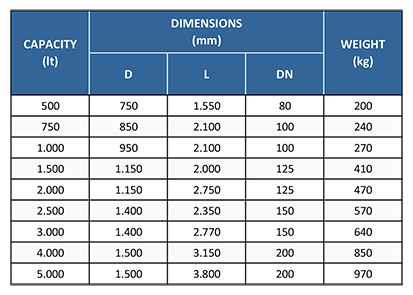